The leading online platform for the discussion of Military Fixed Wing and Rotary Flight Training Requirements, Capabilities and Technologies

Over its 20 year history Military Flight Training has become the Annual General Meeting for the Air Training community. Bringing together over 250 Chiefs of Staff, Commanders of Air Training, Heads of Air Procurement, Heads of Simulation & Synthetic Training and industry executives from across the globe to discuss the challenges and success shaping military flight training, both for now and the future.

In doing so it provides a rare platform to share lessons learned and best practice in current fixed wing and rotary military flight training requirements, capabilities and programmes, engaging in international collaboration on a very real level with key allies and strengthen the message of cooperation with counterparts across the world.

Military Flight Training is organised with the support and direction of Senior Leaders from across the military and industry sectors of the flight training community. With this in mind, each presentation topic and guest speaker has been specifically selected inline with the priorities and recommendations of the community to ensure it provides attendees with the critical information they need to solve their daily flight training challenges.

Military Flight Training conference has a track record for bringing together an exceptional faculty of military and industry speakers, and for 2021 we have every confidence that the online version of the event will continue to deliver an outstanding level of content.
We also anticipate that we will be able to access a broader cross-section of individuals across key military organisations who seldom have the opportunity to travel to the physical event

Please fill in your name and email to receive the Draft Virtual Conference Agenda of this event.

New market forecast study: Global Military Simulation and Virtual Training - Market and Technology Forecast to 2027 Market forecasts by Regions, by Platform, and by Type. Market/Technologies Overview, Opportunities, and Leading Companies The military training and simulation market can be segmented as Live, Virtual and Constructive (LVC). Live Training refers to the use of actual equipment, ammunition and personnel, these trainings are expensive due to the near recreation of combat zone scenario. Virtual Training is the use of gaming technology to recreate the environment for training purposes, this is one of the fastest growing segments. Higher adoption of technology like the VR and AR that helps in a close to reality simulated environment are expected to drive this segment. Constructive Training and Simulation is scenario is ... Learn more about this new study 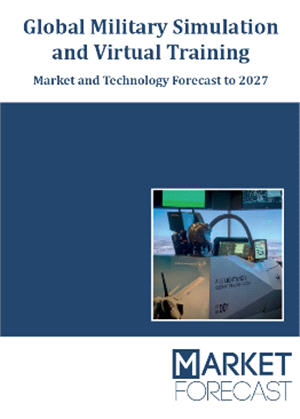