2019 marks the inauguration of the all encompassing, Multi Domain Battle Management Summit. The integration of land, air, sea, space and cyber operations has been a long hauled concept that will be evolving in the Fall of this year. This event will focus on how the DoD will continue to effectively enhance its C2 capabilities in order to increase tactical and strategic level operations using cloud systems. One of the Army's and Air Force's priorities is to integrate AI into some of their current battle management technologies so that granular decisions can be made effectively based on data that is collected.

We will also cover topics related to:

The Multi Domain Battle Management event will give you the chance to delve deeper into the Navy's distributed lethality and distributed operation priorities, as well as, the strategies being implemented to get all branches to cosign the concept by later this year. Join us for the exclusive opportunity to network with Battle Managers, Heads of Planning and Operations, Commanders & more!

Featuring a free airport shuttle, this upscale hotel in Arlington overlooks the Washington, D.C monuments and is one mile from Arlington National Cemetery. The hotel features a state-of-the-art gym, free shuttle service and award-wining restaurant. Guest rooms at the Sheraton Pentagon City are spacious and feature a large work desk, coffee maker and flat-screen cable TV. The large bathrooms include deluxe toiletries and bathrobes. Many attractions including the White House, Lincoln Memorial and the National Museum of Natural History are within a 10-minute drive of the hotel. Georgetown University is also nearby.

C4ISR technologies are changing the modern warfare practices and national defense strategies. C4ISR system is highly adopting emerging technologies such as machine learning, software defined networking and big data analytics and it will take the military intelligence to next level with real time scenarios and rapid decision making capabilities.

Destabilized dynamics from Asian region are incentives for C4ISR. This is more striking when C4ISR infused weaponry systems are on the sale. C4ISR is becoming enabler of network-centric battlefield.

Learn more about this new study 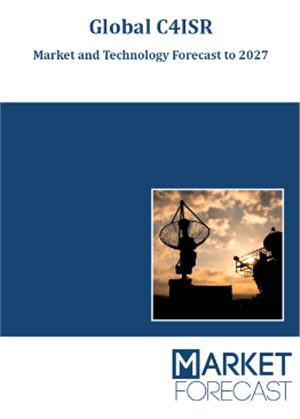