Since the early 2000s, the United States has supported the ongoing development of hypersonic missiles to capitalize on what has been recently coined as an, Advanced Capability Enabler. These high priority assets can fly at speeds of at least Mach 5, and present a unique opportunity for the United States Military to expand its global reach even more so than typical operations.

The proliferation of efforts, funding, and initiatives across the Military, Federal Government, academia and industry to enable this capability is nothing short of rapid and all encompassing; there is a wide understanding that this capability is one that must be capitalized by the United States as promptly as possible.

Both the Pentagon and Congress have displayed a growing interest in pursuing the development and near-term operationalization of hypersonic weapons and systems. Near-pear hypersonic technology, programs of record, and capability development are at an all-time high, with some claims that United States adversaries are expected to field an operational hypersonic glide vehicle as early as 2022.

With the Pentagon's recent successful test of a hypersonic glide body in 2020, the path to hypersonic deployment seems closer than ever for the United States. However, there are many technological and operational decisions to be made before fielding an operational weapon. Meeting the pace at which the Services wants to test and field a hypersonic offensive capability will be a challenge, but doing so is critical to the National Defense Strategy of the United States Military.

Join our Hypersonic Weapons Summit for the unique opportunity to understand US Military senior leadership approach to the ongoing global proliferation of hypersonic weapons and capabilities for FY2021 and beyond!

Please Note: Due to the critical nature of the development of hypersonic weapons, we must state that only U.S. Government, Contractors and Academia can attend this event.

Please fill in your name and email to receive the Virtual Summit Agenda of this event.

New market forecast study: Global Supersonic and Hypersonic Weapons - Market and Technology Forecast to 2027 Market forecasts by Regions, by Type, and by Technology. Market and Technologies Overview, and Leading Companies The Global Supersonic & Hypersonic Weapon industry, is valued at US$ 11 billion in 2019, is projected grow at a CAGR of 6.3% by 2027. Demand for these weapons is anticipated to be driven by the massive investment made by countries like US, China and the European Union in the development of next generation smart weapon technologies and the large-scale procurement of such systems by countries like Saudi Arabia, India, Qatar and China. The United States is the largest spender in the domain with China, European Union, Middle East anticipated accounting for the bulk of spending. Learn more about this new study 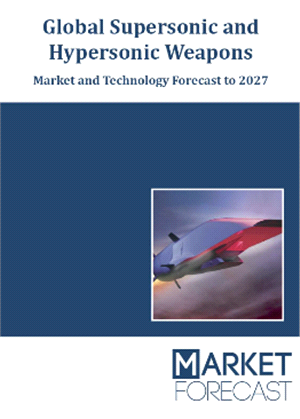