We are pleased to announce that we will be hosting our Border Management & Technologies Summit Asia conference and exhibition in Singapore on 25 - 27 February 2020.

Since our event in New Delhi in 2018, we have been working with WTTC and other partners to develop a vision for digital borders and seamless travel to take the hassle out of travelling without compromising security. Following workshops in Istanbul and Ottawa in 2019 - and a discussion panel with Border leaders at the International Summit on Borders in Washington DC in June 2019 - we have produced a White Paper setting out a roadmap for the border of the future which we are sharing with border agencies worldwide.

One of the key features of the paper is digital identities and the ever-increasing use of biometrics in immigration and border control solutions.

Singapore is a very important travel hub for many travellers, with Changi Airport being one of the most popular stopover airports as well as many cruise liners using Singapore port as a starting point before cruises around South-East Asia. Singapore Straits plays a major role in customs clearance with many ships stopping to gain clearance before continuing on their journey.

The Border Management & Technologies Summit Asia conference and exhibition will bring together leading government officials from across central Asia, South-East Asia, Australia and the Middle East to discuss the border security challenges faced in the region and in their respective nations.

Singapore is a unique country that has one of the busiest land borders in the world between Singapore and Malaysia. Changi Airport is one of the most popular stopover airports in South-East Asia and due to Singapore's geographic location Singapore Straits plays an important role in customs clearance.

The event will be chaired by the our Chairman, Mr Tony Smith, the former Director-General of UK Border Force.

12 MAY 14 MAY
Brussels
Belgium 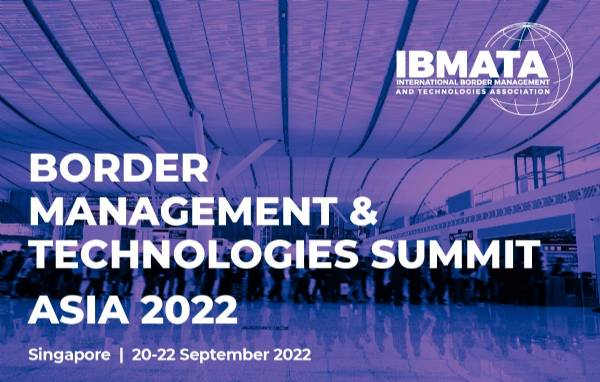